"I Can't Believe There's No Mayo" Cole Slaw {Paleo, Too!}

As I’ve mentioned before, I used to be a super picky eater (and wouldn’t even let different foods “touch” on my plate).

One of the foods I’ve never liked is cole slaw.

Since I’ve started experimenting more in the kitchen, I thought I would take a stab at a cole slaw recipe after my friend Elise posted one on my Facebook page a few months ago.

I first attempted this recipe a few weeks ago and brought it to a bachelorette party weekend to serve at lunch alongside this Chipotle-style burrito bowl (which was also a HIT!).

I don’t even know what cole slaw is supposed to taste like since I’d never eaten it, so I crossed my fingers and hoped everyone would like it.

Much to my surprise, they LOVED it!

What I like about this recipe is that it UPGRADES the ingredients in a traditional cole slaw recipe, and that’s what I like to focus on doing – upgrading our diet to nourish our bodies.

Cabbage is one of the ultimate anti-cancer GBOMBS foods. GBOMBS are a group of the most nutrient-dense, disease-fighting, health-promoting foods in the world, foods we should eat a lot of on a daily basis. Go to this post for the full details on GBOMBS and how you can benefit from eating them! In the meantime, here are the other health benefits of cabbage:

I wrote about why two other ingredients in this recipe – raw apple cider vinegar and raw honey – are so good for our bodies in this post, so check it out!

Two of the surprise ingredients in this delicious cole slaw!

Here’s a challenge for you. The next time you go to a party and need to bring a side dish, bring this.

I talked to a friend at a wedding this weekend, and she said she prepared this at home for her husband after the bachelorette party, and he said it was the best cole slaw he’d ever had!

Testing Note: Due to some helpful feedback from a reader, I revised the original recipe for improved taste, so check out the revised recipe below.

Serves: A crowd! You can easily feed 20 people with this recipe as a side dish. I pack it in mason jars and have it with my lunches during the week. It holds up well!

Shred one head of green cabbage. I cut mine into chunks, cutting off the tough, inner triangle piece at the base as shown in the picture below. I used the shredding attachment on my food processor and just pushed the pieces through the tube, but you could also use a knife or a box grater. 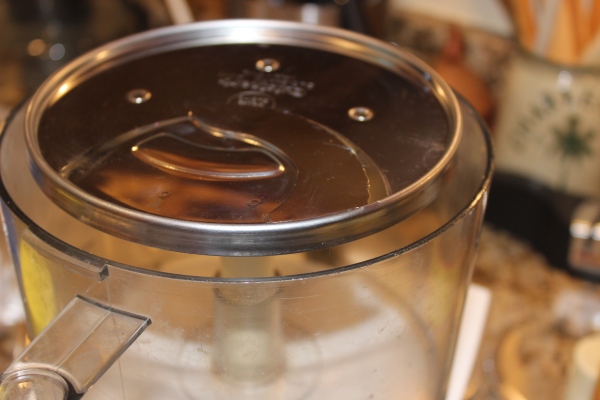 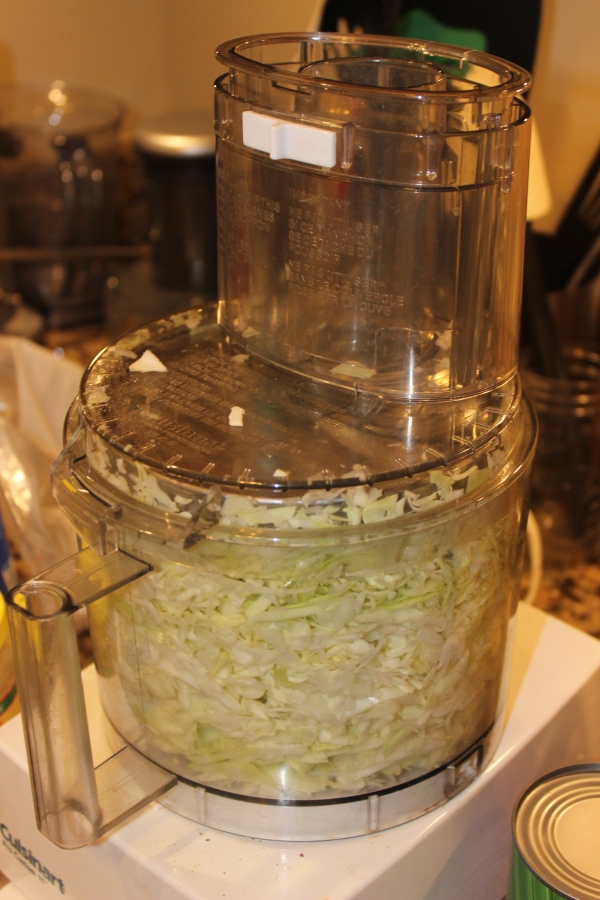 Pour dressing over cabbage and toss to combine, so all of the cabbage is coated. Set in the fridge for at least one hour (but preferably a few hours or even overnight), so all of the flavors combine.

Set out for about 10 minutes before serving (that’s what I prefer) and toss just before serving, as the dressing settles a bit at the bottom of the bowl. Enjoy!

How I Found My Voice and Came Alive: A Lesson in "Going for It"

This site uses Akismet to reduce spam. Learn how your comment data is processed.